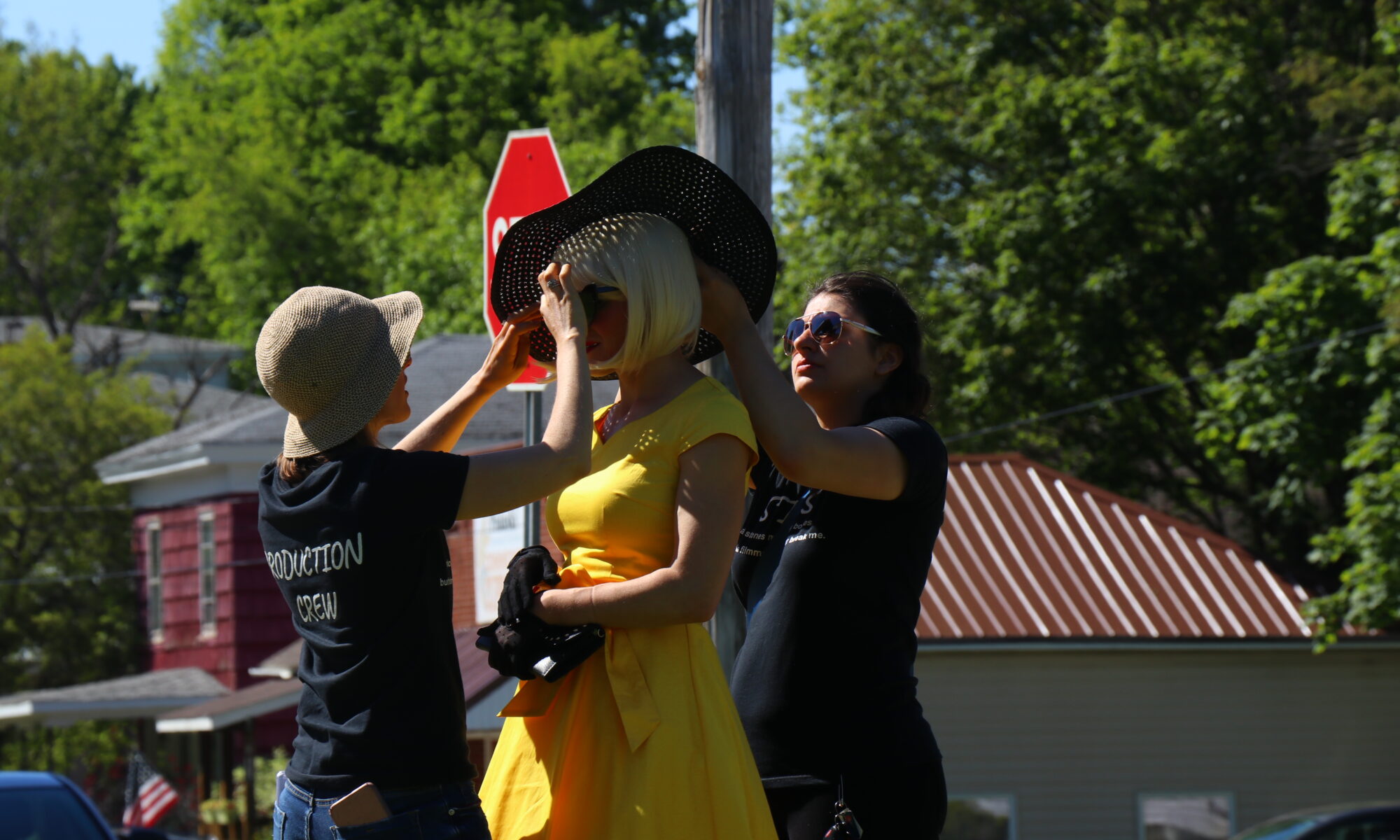 So glad you asked. STICKS is an original television dramedy poised for the festival circuit.

It follows the story of a secrets and scandals writer stuck in the sticks of a redneck town who turns to a celebrity drug dealer for career advice in order to keep her own secrets from being exposed.

That writer would be Ricky Richmond. And she’s the flashy character in the trailer, and in the yellow dress in the image above.

The 30-minute proof-of-concept was shot over a 5-day period in June of 2019, and stars Jeanine Bartel as Ricky Richmond. Filming took place in Pulaski, New York. We had the pleasure of shooting on an alpaca farm, inside an historic courthouse, in the local library, and even weaseled our way inside some residental homes. (With permission, we swear.)